In advance of our forthcoming full length next year we have a new mini-album available to download - 'Broadcast & The Focus Group Investigate Witch Cults of the Radio Age.... it's a collaborative effort with our friends The Focus Group of the Ghost Box label...full info about the release over at Warp.


The mini-album is available digitally now (iTunes / Bleep.com) and on CD and vinyl on Oct 26th.
Preorder CD/LP from Bleep.com - out 26th October

The Witch Cults vinyl will be available on US tour dates plus a new tour only release 'Mother Is The Milky Way' and limited copies of Microtronics Vols 1 & 2.
The Witch Cults film is part of a series of short videos we will be doing with Julian House.
You can download the 5 minute mini album trailer as an MP3 here if you fancy

Some party. I only realised that the punch had been spiked when I started laughing at things that weren’t funny. I staggered out into the mansion’s highland gardens to get some air and to try and get some kind of peace and quiet in my busy head, but it was no use. Even outside everything around me became louder, weirder, brighter, darker, I just couldn’t seem to get a hold on anything normal at all. The warm night’s breeze seemed to blow me towards a dimly lit path that led me to a large, ancient walled garden. And right in the middle of this walled square sat a huge black cube, which seemed to be making peculiar disjointed twinkling sounds. I looked around and I swear that all the plants and herbs and everything planted was watching, listening and moving about to the sounds this giant cube thing was making. I remember thinking it was all quite enchanting but in the wrong sort of way.

After sometime (but I don’t know how much) I turned and left the walled garden and headed back towards the mansion. From a distance it looked very alive, all its windows full of light and moving colours. I wandered past a derelict swimming pool with no water and a broken springboard. I only recall this as I narrowly missed falling right into it. Eventually I found myself at the back of the grand house, where I stumbled in though large open double doors. It was the old meat store; a bright blue light was on and I can remember the cold, the dead hares, pheasants, grouse and a deer swinging from hooks above me. The pungent smell of death was almost as confusing as the dark and sticky floor. I moved on and into the heat of the vast ancient Kitchen. It was busy. There was a raging fire and a pig was roasting and crackling over the flames. Cooks were frantic. I was hurried on my way. I followed the throbbing of the walls and movement of other guests into the old panelled ballroom where the evening festivities had originally begun. This time it was different, much darker, people everywhere were wearing hats or masks or costumes. Out of the strobing lights ahead I could make out a pair on the stage, a man, a woman and an old tape machine. This was Broadcast. They were making rhythms and sounds I had not experienced before but they all somehow seemed in tune with the noises my mind wanted to hear. The crowd seemed to move and sway as one - I’d read about these kinds of “happenings” before, now I was in the middle of one. We were all under some kind of spell, entranced by whatever we’d unknowingly consumed and what peculiar vibes the house, the band and the people inside it could stir up. I’m convinced halfway through this performance everything started to go backwards.

The house was so big I wanted to see more. I found old libraries, smoking rooms and more oddness. There was nudity, cavorting, collapsing everywhere. One room I found had nothing inside except for white walls, caged birds and a grey parrot which made a funny ticking noise. Eventually I joined a cue of conscious revellers making their way up the large oak staircase. “What’s up here” I asked the cat in a cravat and shades in front of me. He turned and told me “use your key man, use your key”. It was then I remembered that the party invitation was a key, but only now I realised why.

Nothing on this first floor would open for me and my key. I carried on searching for my door, up another smaller flight of stairs and along corridors with walls covered in paintings of burning landscapes. Higher and deeper into the house I walked, losing all sense of where I was or how long I’d been there.

I can’t even remember finding my door, but clearly recall unlocking and walking into a candlelit room with a circular table and six or seven people sitting there waiting for me. I took my seat and the girl next to me whispered “this is The Focus Group…join hands”. The scene conjured up images of dead magicians, devil worship and something of my grandmother. And then the sounds started. It was like hearing a wireless being tuned into my life, as though someone was cutting up all the music I knew about and was giving it back to me but as a puzzle I couldn’t work out. I closed my eyes and saw my past and my future all drifting before me, memories of old friends, enemies, laughter, love and a touch of fear. I could see orchards, ships, graveyards and picnics. I was floating, swimming in sound and divine thought.

I have no idea of when, where or how I left the mansion or even got home. All I have of the evening are these rapidly fading recollections, the key and an unusual bruise on my left thigh. I’d like to go back again. But wouldn’t drink the punch next time.

Can you give more detail on what "Mother is the Milky Way" is, please?

All heil Broadcast!
I never go to sleep without listening to "Accidentals" XD

Did you know that you can shorten your urls with AdFly and get money from every click on your shortened links.

Get daily ideas and guides for earning THOUSANDS OF DOLLARS per day ONLINE totally FREE.
GET FREE ACCESS NOW 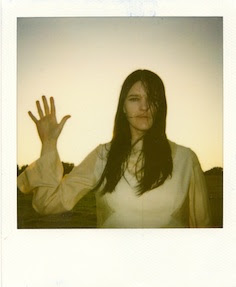